We heard about her through a friend of a friend. A sick little girl, trapped inside a body that was tired and ravaged by a cruel illness. Her family was praying for a miracle, keeping hope at arm's length but holding on all the same. Her name was Guru Simran and she was 14-years-old. Through the grapevine I heard about her struggle and I wanted to do something to help. I asked my friend if Guru Simran liked dogs and if she would maybe like a visit from Phoebe. Indeed a dog lover, she said yes and asked us to stop by.

I spend my days chatting with teenagers suffering from chronic illness. Some of them have dealt with their affliction since birth and they have never known a life without treatments, medications and hospital stays. This is what they know and they don't question it or wish for anything different. Other children lived healthy, normal lives until one day they were suddenly stricken with cancer, or lupus, or muscular dystrophy, and - without warning- their lives are turned upside down, never to be the same again. Like me, Guru Simran fell into the second category. Like me, she was a happy, thriving child who loved sports and school and family, and, like me, her illness struck without warning; her life suddenly broken into two parts, "before" and "after."

Working with chronically ill kids and having a chronic illness, myself, I have seen people deal with their situations in all sorts of ways. Some of the children I work with are angry. Many are depressed, hopeless, wishing with all their might for a way to make the pain stop. Some of them act like jerks and they are pissed off for being dealt such a heavy hand. Nobody blames them.

One smoky Saturday a couple of months ago I drove to UCLA Medical Center with Phoebe in tow. On the drive over I prepared myself for what might await me once I arrived. In my mind I imagined a sad, angry kid- Depressed and reserved, giving the world the finger for being so cruel.

Don't take it personally if she doesn't smile at you. She's very sick and has probably had it up to here with people trying to cheer her up.

My friend and his girlfriend, whose teenage daughter attended school with Guru Simran, met me in the lobby and together we took the elevator up to the pediatric intensive care unit. Phoebe, fully dressed in her red vest and fancy service dog outfit, seemed excited. Like she knew we were going to visit someone important and special.

Guru Simran's sister met us outside the unit and escorted us back to a room full of people standing around the bed of a glowing, smiling child. I was taken aback. If it hadn't been for all of the machines and tubes I never would have guessed she was sick. She shone, her smile radiant and strong. Her mother and sister welcomed and introduced me to Guru Simran. She waved at me. I waved back.

The tumor had made it nearly impossible for her to breathe on her own and she couldn’t speak because of her tracheotomy. She smiled and mouthed the words, "Nice to meet you."

She wasn't angry. She wasn't bitter. She wasn't any of the things I had prepared myself for on the drive over. She was the opposite of those things. This little girl who had gone from healthy to critically ill and bedridden in a matter of months was happy. She gave everyone in the room her complete and undivided attention when they spoke, even as a nurse entered to adjust her tubing and to apply suction. I got the feeling that she was taking care of us.

Her eyes lit up when she saw Phoebe, and Phoebe rushed over to the bed to greet her. They hit it off. So much, in fact, that we maneuvered the pumps and tubing so that Phoebe could jump up onto the bed and cuddle with her.

We spent the next couple of hours getting acquainted. Her mother told me they were using sign language to be able to more effectively communicate with Guru Simran. She told me about her daughter and how patient she was. How wise. How kind and caring, despite how trapped she must have felt inside her own body. I sat on her bed and she showed me pictures of her friends back at school. She showed me pictures of her boyfriend, of her birthday party just weeks before her hospitalization when things began to take a turn for the worse. She loved food, so when her boyfriend came to Los Angeles to visit she put together a list of her favorite eateries for him to enjoy. She showed me the list and we talked about cupcakes and bread and ice cream. I found myself drawn to her. I noticed Phoebe was, too.

As the weeks passed I visited the family as often as I could. I introduced my boyfriend, Steven, to Guru Simran a few days after our first encounter. He, too, fell in love with her. We brought her the Wizard of Oz; a film she had never seen. During our following visit she told me that she liked the cowardly lion the best. A while later, Steven and I took a trip up to Cayucos. Being a flea market/antique/thrift store addict I dragged him into a little place full of old movie memorabilia. As I fanned through a bunch of behind the scenes photos I came across a great shot of Bert Lahr dressed as the lion. We bought it for Guru Simran and her mom hung it up on the wall.

Once she had stabilized enough to be sent home from the hospital on life support we still came by to visit. I brought her a copy of To Kill A Mockingbird, one of my all time favorites. Steven and I read her almost the entire first chapter before she got tired.

The last time I saw her she shared with us some writing from her special folder. She was a beautiful writer. Her words and ideas were so far beyond her years it amazed me. Even as a little girl she was so insightful. I told her I wanted a copy of one of her poems. I wanted to frame it.

The following two weeks were busy and I wasn’t able to visit her like I’d wanted. I wanted to finish To Kill A Mockingbird. I wanted her to see Phoebe.

I received word one Thursday morning that Guru Simran had passed away. Steven and I knew she was very sick but I really believed in my heart that she would pull through. She lit up everything and everyone and I wanted her to stay.

When she was in the hospital I had made her a mixed CD with a bunch of random music on it. One of my favorite tracks was “Aeroplane Over the Sea” by Neutral Milk Hotel. It reminded me of her. I worried my indie rock weirdness would be too much for her to handle and she would hate it, but true to form, the kid had fantastic taste.

I only knew her for a short time but I will never, ever forget Guru Simran and her family. She reminded me how blessed I am to have made it through my illness, how blessed we all are, just to be. I never once heard her voice but she said so much. She was magic. 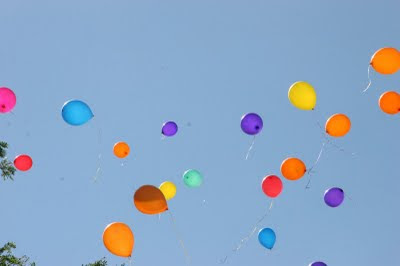